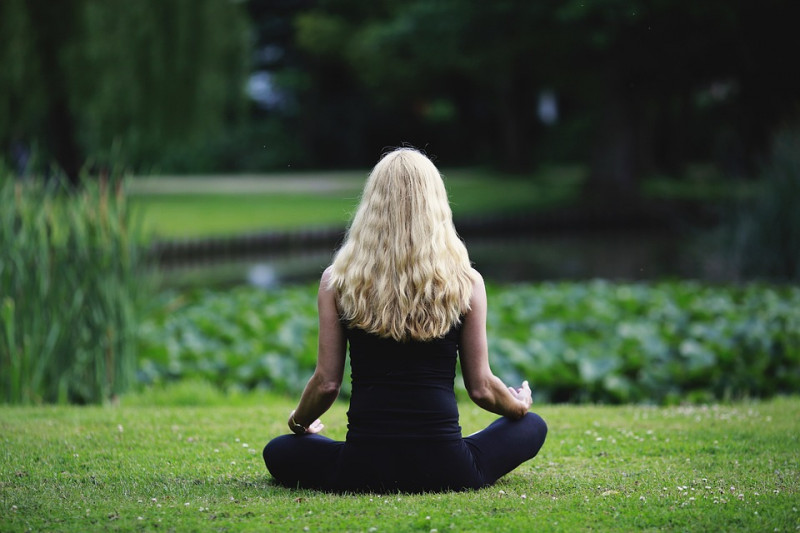 Recent years have seen a renewed interest in the clinical application of classic psychedelics in the treatment of depression and anxiety disorders. Researchers of the University of Zurich have now shown that mindfulness meditation can enhance the positive long-term effects of a single dose of psilocybin, which is found in certain mushrooms.

Hallucinogens such as LSD or psilocybin, the active ingredient in “magic mushrooms”, alter the perception of those who take them: The boundaries between the self and the world begin to dissolve and feelings of bliss and unity are triggered. Such experiences of self-transcendence and reduced self-focus are similar to those brought about by mindfulness meditation. They can reduce stress, prompt feelings of enduring happiness and increase empathy and altruism. In contrast to this, exaggerated self-focus, recurring negative thoughts and emotions about one’s self, and impaired social interactions are characteristic features of psychiatric disorders such as depression.

Researchers at the University Hospital of Psychiatry Zurich have now for the first time examined the potential synergistic effects of combining mindfulness meditation and psilocybin. The scientists recruited 40 meditation experts who were taking part in a five-day mindfulness retreat. In the double-blind study, the participants were administered either a single dose of psilocybin or a placebo on the fourth day of the group retreat. Using various psychometric and neurocognitive measurements, the team of researchers were able to show that mindfulness meditation increased the positive effects of psilocybin, while counteracting possible dysphoric responses to the psychedelic experience. “Psilocybin markedly increased the incidence and intensity of self-transcendence virtually without inducing any anxiety compared to participants who received the placebo,” says first author Lukasz Smigielski, who conducted the study directed by UZH professor of psychiatry Franz Vollenweider.

At the four-month follow-up, the meditation experts who had been given psilocybin demonstrated more beneficial changes in psychosocial functioning, better self-acceptance and more empathy than the placebo control group. According to Vollenweider, the intensity of self-transcendence experienced during the retreat played a key role for these enduring changes. In a previously published study, he and his team used magnetic resonance imaging to show that experiences of self-transcendence result in lasting changes to neural connections in the brain, and more specifically in the regions that are active when we think about ourselves.

The research group found that besides meditation depth, the participants’ openness and optimism were conducive to a positive response to psilocybin. “These factors can help us predict a positive response,” says Vollenweider. At the same time, skills that are trained during mindfulness meditation - such as regulating one’s attention and reappraising emotions - seem to buffer potential negative reactions to psilocybin.

“Our findings shed light on the interplay between pharmacological and extra-pharmacological factors in psychedelic states of mind,” says Vollenweider. “They indicate that mindfulness training enhances the positive effects of a single dose of psilocybin, and can increase empathy and permanently reduce ego-centricity. This opens up new therapeutic avenues, for example for the treatment of depression, which is often accompanied by increased self-focus and social deficits.”

Science prize Marcel Benoist goes to a pioneer in online psychotherapy - 13.09
Risky or not? What is driving the polarization surrounding 5G? - 09.09