Differentiating Groups of Flies with Fluorescence 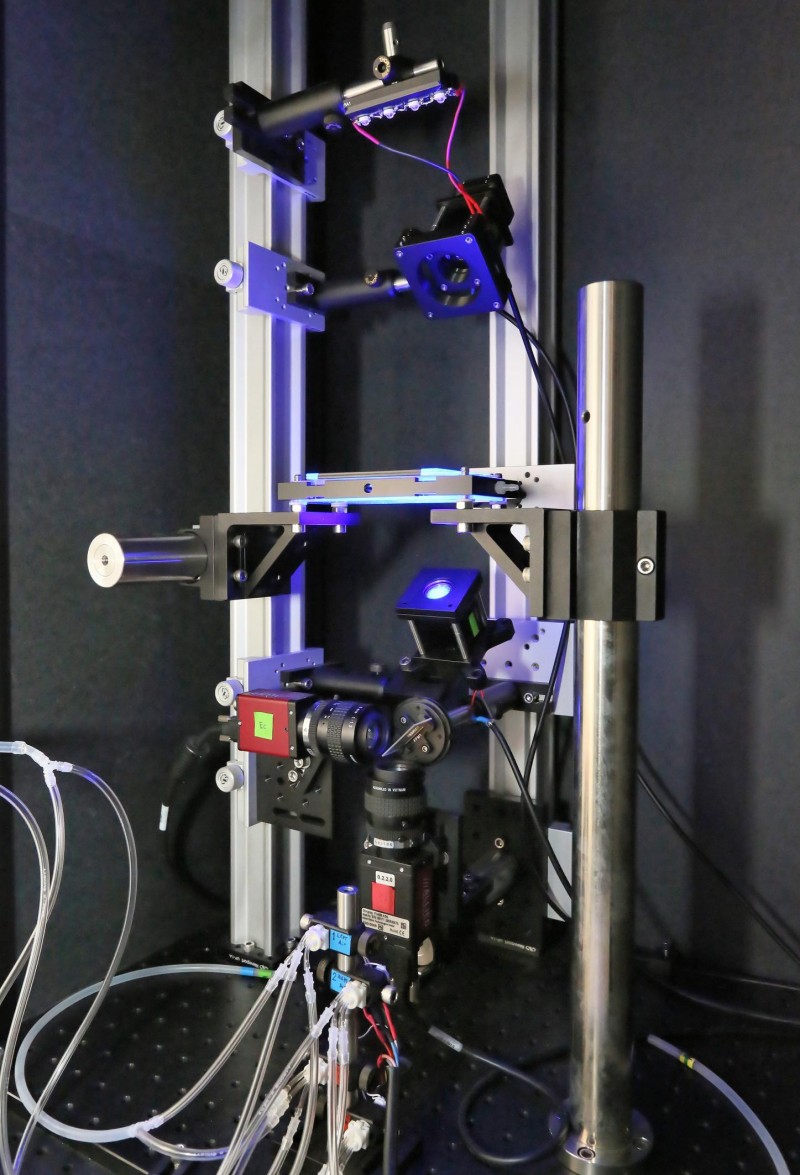 FBI, a camera system to recognize the genetic identity of fruit flies and track their movements will revolutionize the study of their behavior. An article on this advance is being published today in PLOS ONE.

A genuine star of the laboratory, for several decades now the fruit fly has been the model organism for research, particularly in the field of genetics and development. But nothing looks more like a fly than another fly. When it comes to observing and quantifying their interactions, it’s enough to turn one’s hair gray. Researchers from EPFL and UNIL are making life easier for scientists all over the world with their system of monitoring and identification of these insects.

"That will allow us to penetrate many mysteries in the social lives of insects: with whom they fight, eat, or mate. With this system we will be able to observe the influecne of the group and the group size on individual behavior, as well as interactions between genetically different groups of flies," explains Richard Benton, Professor at the Center for Integrative Genomics of UNIL.

This device, named FBI (Fluorescent Behavioral Imaging) - that’s no joke - makes it possible to monitor, record, and analyze the behavior of fruit flies interacting with others. Pavan Ramdya, postdoc at EPFL and at UNIL, has devised a method to differentiate flies with different genetic profiles using cameras and making genetic modifications flurorescent. Fruit flies have a vital asset: they are easily genetically manipulated. Researchers turned a muscle in the chest fluorescent in a line of insects. These flies can fly and reproduce. Everything indicates, therefore, that they behave like their unmodified counterparts.

The tracking device refined by the research group distinguishes between flies by their greenish thorax. In order to know in real time where a fly is and to which genetic group it belongs, two cameras simultaneously film insect behavior and changes in the fluorescence.

Software developed by Thomas Schaffer, doctoral candidate at EPFL, correspondingly provides an intuitive interface that to orchestrate a system of cameras and LEDs required for data acquisition. The different genetic profiles of the Diptera are automatically discriminated along with statistics on their movements to facilitate the analysis of their behavior.

Although it is a tiny insect (2.5 to 3 mm long), the fruit fly is an animal that can elucidate on numerous biological questions on: behavior, reproduction, relationships with other species or adaptation to an environment. The device therefore fills an important gap in methodological studies of the behavior of flies as well as other insects, such as ants. Until now monitoring tools based on morphological characteristics could hardly discriminate.

To illustrate the importance and the reliability of this new method, researchers examined a courtship of male flies genetically modified to court other males and become fluorescent. The question was whether they preferred individuals of their own group or unmodified flies - generally attracted to females. The comparison of these two groups of externally identical flies would not have been possible before this new method.

Two distinct populations of insect can now be easily compared within the same experiment. "Of course it is possible to study the benefits of groups simultaneously using other types of fluorophores, that will give them a different intensity or luminous color," says Pavan Ramdya.