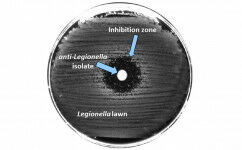 An algorithm to predict psychotic illnesses
Teams from the UNIGE and EPFL have used for the first time the method of longitudinal network analysis applied to children, in order to detect the symptoms that herald the development of psychotic illness in the future. One third of children with a microdeletion of chromosome 22 will later develop a psychotic illness such as schizophrenia.
Life Sciences - Environment - 24.09.2021

The defensive arsenal of plant roots
A team from the University of Geneva has discovered the mechanisms that regulate the formation of the protective layer of plant roots. Plants adapt to their nutritional needs by modifying the permeability of their roots through the production or degradation of a cork-like layer called suberin. By studying the regulation of this protective layer in Arabidopsis thaliana , an international team, led by scientists from the University of Geneva , Switzerland, has discovered four molecular factors responsible for the genetic activation of suberin.
Life Sciences - 23.09.2021

How tactile vibrations create illusions
Researchers from the University of Geneva and UNIFR decipher how the amplitude and frequency of tactile vibrations can bias how the brain interprets them. Among the traditional five human senses, touch is perhaps the least studied. Yet, it is solicited everywhere, all the time, and even more so in recent years with the widespread daily use of electronic devices that emit vibrations.
Astronomy / Space Science - 22.09.2021

How serotonin curbs cocaine addiction
By identifying the role of serotonin during cocaine use, scientists explain why only one in five persons becomes addicted to this drug. Contrary to common thinking, cocaine triggers an addiction only in 20% of the consumers. But what happens in their brains when they lose control of their consumption? Thanks to a recent experimental method, neuroscientists at the University of Geneva , Switzerland, have revealed a brain mechanism specific to cocaine, which has the particularity of triggering a massive increase in serotonin in addition to the increase in dopamine common to all drugs.
Astronomy / Space Science - Physics - 08.09.2021

Surprise: the Milky Way is not homogeneous
Astronomers from the UNIGE have observed the composition of the gases in our galaxy and have shown that, contrary to the models established until now, they are not homogeneously mixed. In order to better understand the history and evolution of the Milky Way, astronomers are studying the composition of the gases and metals that make up an important part of our galaxy.
Computer Science - Social Sciences - 06.09.2021

Using video for the early detection of autism
Using artificial intelligence, a team from the UNIGE has developed a device for the early detection of autism spectrum disorder in children. Individuals affected by autism spectrum disorder often present communication issues and difficulties in social interactions. Although very frequent, this disorder is challenging to diagnose before the age of five.
Life Sciences - Health - 31.08.2021

How to produce proteins at the right speed
Using a dynamic observation technique of protein synthesis, scientists from the University of Geneva have deciphered the genetic mechanisms governing the speed of translation of messenger RNA. In all eukaryotic organisms, genetic material is stored in the cell nucleus in the form of DNA. In order to be used, this DNA is first transcribed into messenger RNA in the cell cytoplasm, then translated into protein with the help of ribosomes, small machines capable of decoding messenger RNA to synthesise the appropriate proteins.
Health - Psychology - 27.08.2021

Maternal voice reduces pain in premature babies
A team from the University of Geneva shows that the maternal voice reduces signs of pain in premature babies when they undergo life-saving medical interventions. A baby born prematurely often has to be separated from its parents and placed in an incubator in intensive care. For several weeks, he or she will undergo routine medical procedures that can be painful, without being relieved by too many pharmaceutical painkillers, which are risky for his or her development.
Life Sciences - Health - 23.08.2021

Understanding how elephants use their trunk
A multidisciplinary team of scientists from the UNIGE identified how elephants evolved strategies that reduce the biomechanical complexity of their trunk. The elephant proboscis (trunk) exhibits an extraordinary kinematic versatility as it can manipulate a single blade of grass but also carry loads up to 270 kilograms.
Life Sciences - 21.07.2021

Cancer: information theory to fight resistance to treatments
Researchers from the UNIGE and the HUG have used information theory for the first time to monitor in vivo the development of resistance mechanisms to a cancer-targeted therapy. One of the major challenges in modern cancer therapy is the adaptive response of cancer cells to targeted therapies: initially, these therapies are very often effective, then adaptive resistance occurs, allowing the tumor cells to proliferate again.
Life Sciences - 14.07.2021

What does the sleeping brain think about?
Thanks to a unique system that decodes brain activity during sleep, a team from the University of Geneva is deciphering the neuronal mechanisms of memory consolidation. We sleep on average one third of our time. But what does the brain do during these long hours? Using an artificial intelligence approach capable of decoding brain activity during sleep, scientists at the University of Geneva , Switzerland, were able to glimpse what we think about when we are asleep.
Life Sciences - 13.07.2021

DNA reveals the evolutionary history of museum specimens
An international team, led by UNIGE and MHN, has optimized a method for analyzing the genomes of specimens from natural history collections making possible to identify their placement along the evolutionary timeline. Museum specimens held in natural history collections around the world represent a wealth of underutilized genetic information due to the poor state of preservation of the DNA, which often makes it difficult to sequence.
Life Sciences - 06.07.2021

Inherited memories of a chromosomal site
Two UNIGE teams have discovered that the location of a specific chromosomal site is transmitted between two generations, even if the part of the protein that initially defines that site is absent in the offspring. Most biological traits are inherited through genes, but there are exceptions to this rule.
Health - Pharmacology - 06.07.2021

Covid long affects four out of ten people
More than seven months after contracting the virus, nearly 40% of symptomatic people who test positive for SARS-CoV-2 still have symptoms, reveals a study by the UNIGE and the HUG. A study by Geneva University Hospitals (HUG) and the University of Geneva on the long-term follow-up of symptomatic individuals who tested positive for SARS-CoV-2 has revealed that 39% of patients report residual symptoms seven to nine months after contracting the virus.
Health - Pharmacology - 02.07.2021

Managing attention deficit disorder by training the brain
A team from the UNIGE and the HUG has found that a special type of brain training based on the principle of 'neurofeedback' enables people with attention deficit disorder to improve their ability to concentrate. Attention Deficit Hyperactivity Disorder (ADHD) affects about 7% of children, with a two out of three chance of persisting into adulthood.
Life Sciences - Health - 24.06.2021

Analysing volcanoes to predict their awakening
Geologists have reviewed the internal and external mechanisms that trigger volcanic eruptions to better anticipate the potential signs of a future eruption. What causes an eruption? Why do some volcanoes erupt regularly, while others remain dormant for thousands of years? A team of geologists and geophysicists, led by the University of Geneva , Switzerland, has reviewed the literature on the internal and external mechanisms that lead to a volcanic eruption.
« Previous 1 2 3 4 5 6 7 8 ... 12 Next »