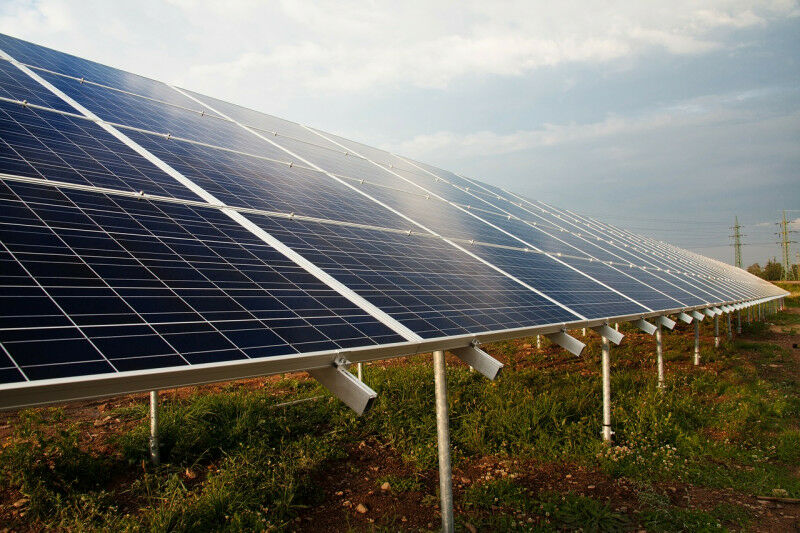 Scientists at EPFL have boosted the efficiency and scalability of perovskite solar cells by replacing their electron-transport layers with a thin layer of quantum dots.

Perovskites are hybrid compounds made from metal halides and organic constituents. They show great potential in a range of applications, e.g. LED lights, lasers, and photodetectors, but their major contribution is in solar cells, where they are poised to overtake the market from their silicon counterparts.

One of the obstacles facing the commercialization of perovskite solar cells is that their power-conversion efficiency and operational stability drop as they scale up, making it a challenge to maintain high performance in a complete solar cell.

The problem is partly with the cell’s electron-transport layer, which ensures that the electrons produced when the cell absorbs light will transfer efficiently to the device’s electrode. In perovskite solar cells, the electron-transport layer is made with mesoporous titanium dioxide, which shows low electron mobility, and is also susceptible to adverse, photocatalytic events under ultraviolet light.

In a new publication in Science, scientists led by Professor Michael Grätzel at EPFL and Dr Dong Suk Kim at the Korea Institute of Energy Research have found an innovative way to increase the performance and maintain it at a high level in perovskite solar cells even at large scales. The innovative idea was to replace the electron-transport layer with a thin layer of quantum dots.

Quantum dots are nanometer-sized particle that act as semiconductors, and emit light of specific wavelengths (colors) when they illuminated. Their unique optical properties make quantum dots ideal for use in a variety of optical applications, including photovoltaic devices.

The scientists replaced the titanium dioxide electron-transport layer of their perovskite cells with a thin layer of polyacrylic acid-stabilized tin(IV) oxide quantum dots, and found that it enhanced the devices- light-capturing capacity, while also suppressing nonradiative recombination, an efficiency-sapping phenomenon that sometimes takes on the interface between the electron-transport layer and the actual perovskite layer.

By using the quantum dot layer, the researchers found that perovskite solar cells of 0.08 square centimeters attained a record power-conversion efficiency of 25.7% (certified 25.4%) and high operational stability, while facilitating the scale-up. When increasing the surface area of the solar cells to 1, 20, and 64 square centimeters, power-conversion efficiency measured at 23.3, 21.7, and 20.6% respectively.