A gene could prevent Parkinson’s disease 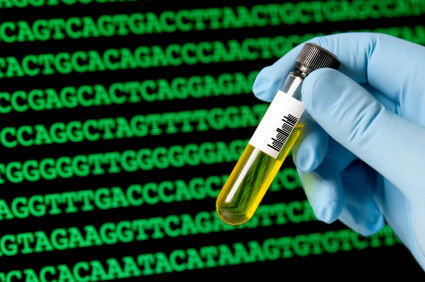 A team from the University of Geneva has identified a gene whose overexpression prevents the development of Parkinson’s disease in the fruit fly and the mouse.

Parkinson’s disease is a neurodegenerative disorder characterized by the destruction of a specific population of neurons: the dopaminergic neurons. The degeneration of these neurons prevents the transmission of signals controlling specific muscle movements and leads to tremors, involuntary muscle contractions or balance problems characteristic of this pathology. A team from the University of Geneva has investigated the destruction of these dopaminergic neurons using the fruit fly as study model. The scientists identified a key protein in flies, and also in mice, which plays a protective role against this disease and could be a new therapeutic target. This work can be read .

Apart from rare forms involving a single gene, most Parkinson’s cases result from an interaction between multiple genetic and environmental risk factors. However, a common element in the onset of the disease is a dysfunction of mitochondria in dopaminergic neurons. These small factories within cells are responsible for energy production, but also for activating the cell’s self-destruct mechanisms when damaged.

The laboratory of Emi Nagoshi, Professor in the Department of Genetics and Evolution at the University of Geneva Faculty of Science, uses the fruit fly, or Drosophila, to study the mechanisms of dopaminergic neuron degeneration. Her group is particularly interested in the Fer2 gene, whose human homolog encodes a protein that controls the expression of many other genes and whose mutation might lead to Parkinson’s disease via mechanisms that are not yet well understood.

In a previous study, this scientific team demonstrated that a mutation in the Fer2 gene causes Parkinson’s-like deficiencies in flies, including a delay in the initiation of movement. They had also observed defects in the shape of the mitochondria of dopaminergic neurons, similar to those observed in Parkinson’s patients.

Since the absence of Fer2 causes Parkinson’s disease-like conditions, the researchers tested whether - on the contrary - an increase in the amount of Fer2 in the cells could have a protective effect. When flies are exposed to free radicals, their cells undergo oxidative stress which leads to the degradation of dopaminergic neurons. However, the scientists were able to observe that oxidative stress no longer has any deleterious effect on the flies if they overproduce Fer2, confirming the hypothesis of its protective role.

"We have also identified the genes regulated by Fer2 and these are mainly involved in mitochondrial functions. This key protein therefore seems to play a crucial role against the degeneration of dopaminergic neurons in flies by controlling not only the structure of mitochondria but also their functions," explains Federico Miozzo, researcher in the Department of Genetics and Evolution and first author of the study.

To find out whether Fer2 plays the same role in mammals, the biologists created mutants of the Fer2 homolog in mouse dopaminergic neurons. As in the fly, they observed abnormalities in the mitochondria of these neurons as well as defects in locomotion in aged mice. "We are currently testing the protective role of the Fer2 homolog in mice and results similar to those observed in flies would allow us to consider a new therapeutic target for Parkinson’s disease patients," concludes Emi Nagoshi.