Our brain is flexible and adaptable 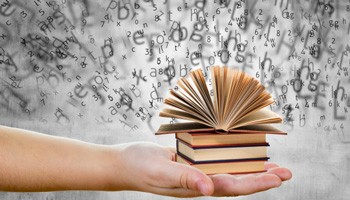 The brains of bilingual people do not differ in their structure, but are capable of developing differentiated strategies according to the demands placed on them by particular contexts.

Three studies with the same result: Jean-Marie Annoni and his group of researchers worked with perfect bilinguals from around Fribourg and Berne as well as with patients suffering from Alzheimer’s disease in order to better understand the cerebral organisation of language, with a special interest in bilingualism.

The first study looks at the influence of a particular language on one’s reading strategies. The researchers collaborated with Professor René Müri of the Department of Neurology at the University of Berne in order to analyse the eye movements of subjects who are perfectly bilingual in French and German. They were given an hour of reading individual words, first in one language and then in the other. Into these lists of words the researchers had also inserted meaningless words like batalu or otil. Results: in German the people tested placed their eye just a little in front of the beginning of the word, while in French they tended to place it in the middle. This use of two different strategies is explained by the fact that German is a transparent language, that is to say, that each letter is equivalent to one sound, while French is an opaque language in which the same letter can designate different sounds according to the way it is combined with other letters, so that it is necessary to comprehend the word in its totality in order to know how to read it.

A second investigation, conducted in the same context in collaboration with Professor Marina Laganaro of the team of researchers in psycholinguistics at the University of Geneva, was able to record the readers’ brain activity. These results too showed a difference of around 200 milliseconds in the analysis process, which strongly suggests that, in German, reading is more phonological, while it is more global in French.
Finally, a third experiment, clinical this time, was able to demonstrate – thanks to collaboration with the Neuropsychology Unit of the Fribourg Hospital (HFR) – that in the case of Alzheimer sufferers, both the first and the second languages resist the illness in the same manner. Even if, over time, certain differences arise, one cannot assert that one of the two languages is clearly more fragile than the other.

Jean-Marie Annoni: “Some experiments in reading have already been done on English and Chinese, for example, but this is the first time that these differences have been analysed in two languages which are alphabetically and culturally so close and are present in an equivalent manner in the same person.” The results of these studies are important theoretically as well as clinically. On the one hand, because they allow us to better understand the way in which the brain adapts to contexts in which it finds itself, on the other, because in demonstrating these different strategies, one can envisage adapting the therapeutic care of aphasic patients by stressing one or the other aspect. “Lastly”, Jean-Marie Annoni notes, “these data could also lead us to imagine new learning approaches. It is well known, for example, that the percentage of people suffering from dyslexia is higher amongst speakers of opaque languages.”